January 25th 2019. Milan was the first stop last night in a series of 12 exclusive El Primero 50th anniversary dinners hosted by Zenith over the next year in celebration of the half-century of avant-garde and precision represented by the legendary El Primero high-frequency chronograph. The city was a natural choice for the kick-off, given that Italy was the first country to receive the El Primero in 1969. Part of a tour entitled “Le Grenier Club” and characterized by their exclusive atmosphere and select, unexpected locations – such as art galleries and exceptional private properties – in 12 of the world’s greatest cities, the dinners will take place at a rate of one a month symbolizing the 12 months of the El Primero 50th anniversary year.

From London to Dubai, via Tokyo, Paris, Hong Kong, New York City, Shanghai, Singapore, Moscow, Mexico and Geneva, in another nod to the significant number 50, each dinner will host just fifty guests including retailers, friends of the brand, final customers, collectors, press, and influencers, who will be treated to a number of surprises. 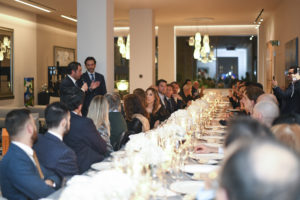 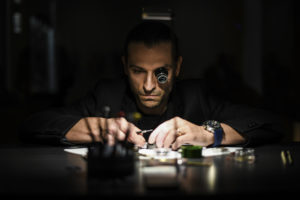 On each occasion, in tribute to the original El Primero, Zenith will present an anniversary set containing three chronographs with emblematic tricolor counters. While the El Primero movement has constantly evolved since its invention, inspiring new creations to the point of becoming an archetypal model prized by connoisseurs, until today, Zenith had never yet offered a reissue faithful to the original model. This has now been done, since the anniversary set, in a 50-piece limited edition, includes in its first compartment a perfect reiteration of the 1969 El Primero chronograph; a Chronomaster El Primero with optimized movement; and a Defy El Primero 21 accurate to the nearest 1/100th of a second. It also features a deliberately empty cushion destined to welcome Zenith’s next feats in the field of extreme high frequency.

El Primero through the eyes of 21st century photography students

In a second symbolic tribute to celebrate the anniversary of the iconic “El Primero” movement, guests at the dinners will be exposed to an exceptional exploration of the world of Zenith created by a class of undergraduate photography students at the University of Art and Design Lausanne (ECAL). Guided by fashion photographer and teacher Philippe Jarrigeon, the students worked inside the Le Locle Manufacture and in ECAL’s Lausanne studios to create visuals of 12 images that represent the 12 hours on a dial, the 12 months of the year, and the 12 stages of an exhibition bearing witness to the characteristic richness of Zenith, while breathing new life into the iconic “El Primero” movement. 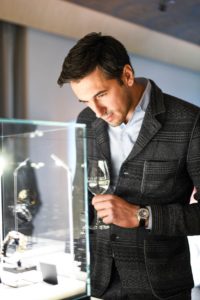 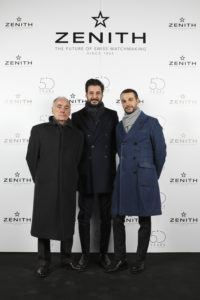 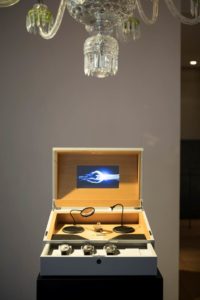 Last but not least, guests will also have the privilege of being treated to an exhibition of a set of historical El Primero models presented by decade: from the 1969 birth of the first high-frequency automatic chronograph to offer 1/10th second precision, to the 2017 introduction of the El Primero 21 delivering 1/100th of a second accuracy, both of which changed the history of Zenith… and of watchmaking itself.