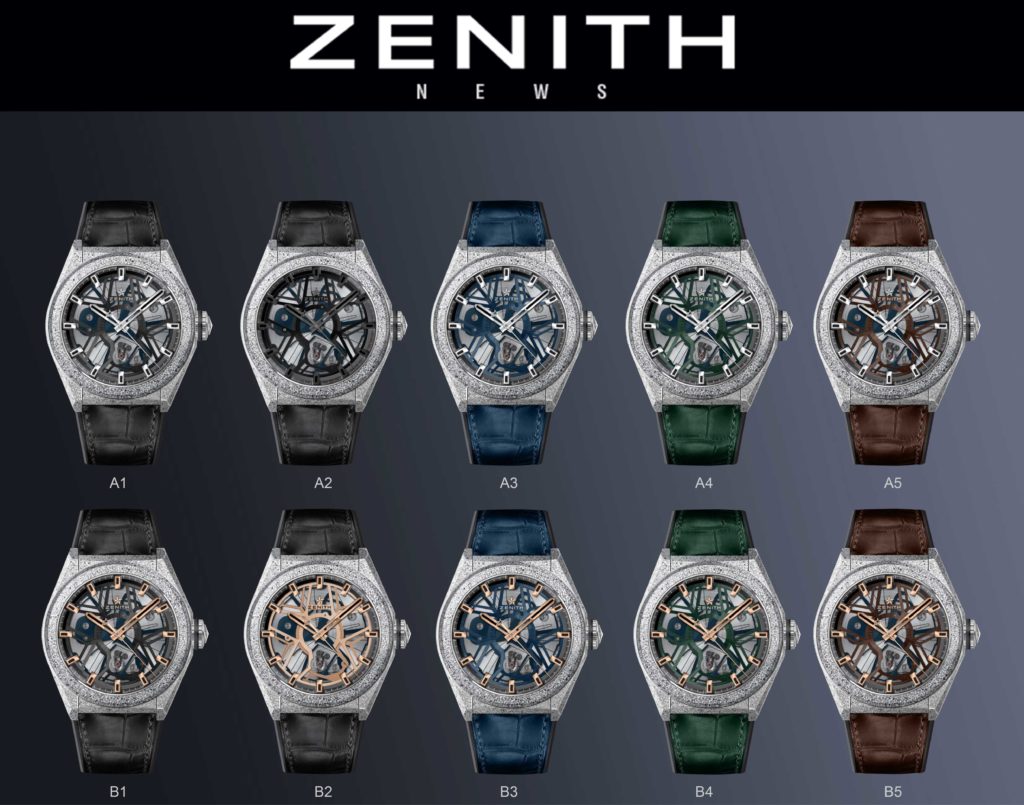 A new oscillator representing a major innovation in the watch industry
since the 1675 invention of the balance and hairspring principle by scientist Christiaan Huygens.

Zenith is writing its future… and the future of Swiss watchmaking.

The Manufacture presents the world’s most accurate mechanical watch. 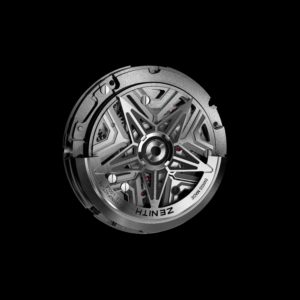 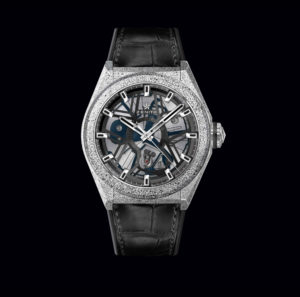 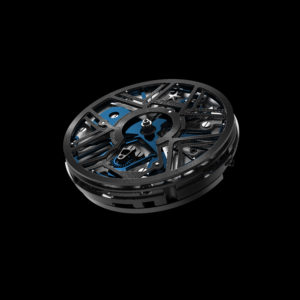 Le Locle (Switzerland), Thursday September 14th, 2017 – Zenith is writing its future and starting a new chapter in the history of the Swiss watch industry. Manufacture Zenith has been making mechanical watches for 152 years and currently has the capacity to produce around 40 different movements (featuring various shapes and equipped with complications), reflecting its exceptional expertise.

Connoisseurs will scarcely need reminding of the paternity of the Swiss watch industry’s first ever automatic chronograph introduced in 1969, which also featured a function that had not yet been seen nor even imagined at the time. Nobody was capable of measuring tenths of a second, the unit of time naturally stemming from a 5 Hz oscillation frequency. It represented a kind of watchmaking Holy Grail! The El Primero movement is often cited and has indeed become a Swiss watchmaking legend that vividly reflects Zenith’s enduring attachment to innovation and the quest for precision.

Zenith is now renewing ties with innovation and fundamental research by presenting Defy Lab and its new oscillator – an invention that challenges nothing less than the operating principle of mechanical watches invented by Christiaan Huygens in the 17th century.

The announcement was made at a press conference held at the Manufacture Zenith in Le Locle and hosted by Jean-Claude Biver, president of the Watch Division, along with Zenith CEO Julien Tornare and Guy Sémon, CEO of the R&D Institute of the LVMH Watch Division. This innovative watch was developed through achieving effective synergies between the skill sets cultivated by the brands composing the group’s Watch Division, an endeavour overseen by Guy Sémon.

Defy Lab is the first and only mechanical watch to evolve and improve the sprung balance principle presented in January 1675.

Since 1675, the principle of the coupled balance and hairspring (sprung balance) that Christiaan Huygens presented to the French Royal Academy of Sciences in the form of a clock has remained unchallenged. While it has definitely been improved and is undoubtedly now optimized to the greatest possible extent, the original has nonetheless never been called into question, and regarded as both timeless and invariable.

By adopting an entirely new scientific approach in modelling and innovating with regards to the mechanical watch, and by using new modern mechanical methods, the LVMH Watch Division R&D Institute has completely renewed the very concept of this type of watch.

Impressive key characteristics demonstrate the scope of this stunning development: an oscillator consisting of two components made of monocrystalline silicon, an unbelievable 15 Hz frequency with an amplitude of +/- 6 degrees, as well as a 60-hour power reserve, which is 10 percent more than that of the El Primero in spite of tripled frequency.

Moreover, the new Zenith Oscillator takes the form of a single piece without any mechanical linkages, instead of the customary 30 or so parts that require assembly, adjustment, setting, testing and lubrication.

With the Defy Lab, Zenith introduces a completely revamped movement called the ZO 342. This calibre measuring 32.8 mm in diameter and 8.13 mm thick reveals its distinctive nature at first glance: the barely 0.5 mm thick Zenith Oscillator appears beneath the dial.

Its functionality has been considerably optimized: the Zenith Oscillator is an all-of-a-piece organ without mechanical linkages that replaces the 30 or so ordinarily assembled, adjusted, regulated and controlled parts.

The absence of conventional mechanical couplings eliminates contact, friction, wear, slack, lubrication, assemblies and dispersions. The wheel replacing the escape wheel has a specific design and its cycle does not correspond to the traditional behavior of a Swiss lever escapement. It is made of silicon showing superficial oxidation. 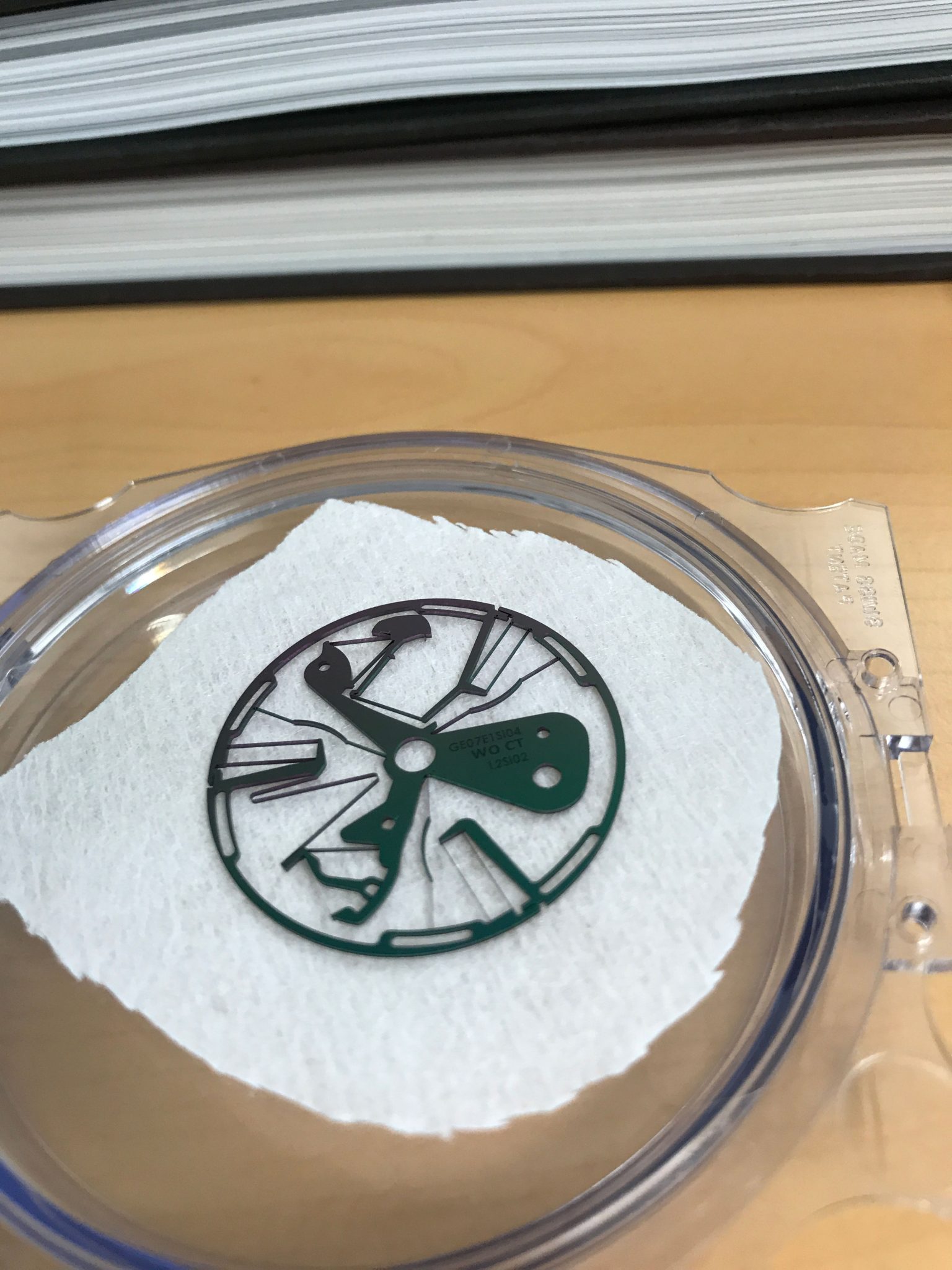 The Zenith Oscillator beats at a frequency of 15 Hz (108,000 vibrations per hour), three times higher than that of the historical El Primero movement, while enjoying a 10 percent higher power reserve. There is no sign of jerking and the permanent running seconds hand rotates smoothly around the dial. This simple comparison makes it possible to appreciate the improvement in energy consumption compared to a conventional balance & hairspring system. The amplitude is +/- 6 degrees, as against the more than 300 degrees of a conventional system.

The precision of the Defy Lab “naturally” meets the requirements of the ISO-3159 standard and in fact exceeds them. Never before in watchmaking history and in no chronometry contests has a serially produced mechanical watch ever attained such a degree of precision.

Isochronism in serial production amounts to +/- 0.5 seconds from 0 to 48 hours. By way of comparison, the best conventional serial-production systems show a variation in the range of +/- 2 seconds over just 24 hours. Beyond that, precision logically diminishes in accordance with a purely physical phenomenon. The precision of a sprung balance is dependent on its amplitude, which is not the case with the Zenith Oscillator technology.

The Defy Lab is a watch bearing the “viper’s head” emblem, meaning it is chronometer-certified by Besançon Observatory on behalf of the International Bureau of Weights and Measures.

The Zenith Oscillator is in the process of being certified as non-magnetic and meets high criteria in terms of temperature variations.