The Autavia, the legendary driver’s chronograph from the Sixties beloved of collectors, is making a comeback in 2017.

A contraction of AUTomobile and AVIAtion, its name is synonymous with its rotating bezel, its large snailed counters and the exemplary legibility of its black and white. Created in 1962, this iconic model celebrates its 55th anniversary in the form of a neo-retro successor featuring updated functions and a proprietary movement.

Modern yet faithful to its roots, the new generation Autavia channels the spirit of the golden age of motor racing. As innovative as the original, this contemporary model is the result of an interactive campaign called the “Autavia Cup” run in 2016: from a choice of 16 vintage models, more than 50,000 web users voted for a reissue of the Autavia “Rindt” worn by the famous F1 driver Jochen Rindt.

Rebirth of the Autavia, the first wrist chronograph with a rotating bezel designed by Jack Heuer in 1962.

A contraction of AUTomobile and AVIAtion, a name taken from the first dash counter for racing cars and aircraft created by Heuer in 1933.

The interpretation of an icon coveted by collectors, combining the spirit of 1960s motor racing with contemporary functions.

A design inspired by the Autavia “Rindt” from 1966, worn by the legendary F1 champion Jochen Rindt.

Voted for by web users from among 16 historic models during the “Autavia Cup”, an unprecedented interactive online campaign hosted in 2016.

See Now, Buy Now: Avant-garde right up to distribution, available as of today: TAG Heuer leads the way in the world of avant-garde luxury watchmaking as the first watch brand to apply the “See now, buy now” fast fashion concept. As of today, the watches will be on sale in TAG Heuer boutiques, from a selection of retailers, or available for delivery via the brand’s online webstore.

At the occasion of this launch, TAG Heuer is also selling the book “Autavia – Story of an Icon”, which will allow 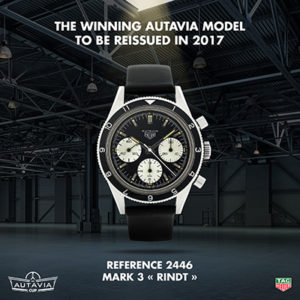 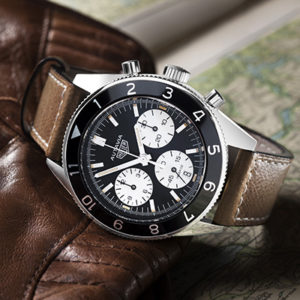 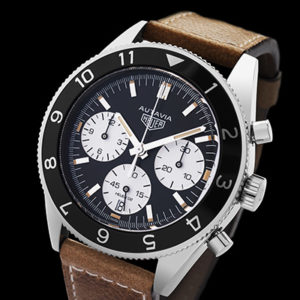