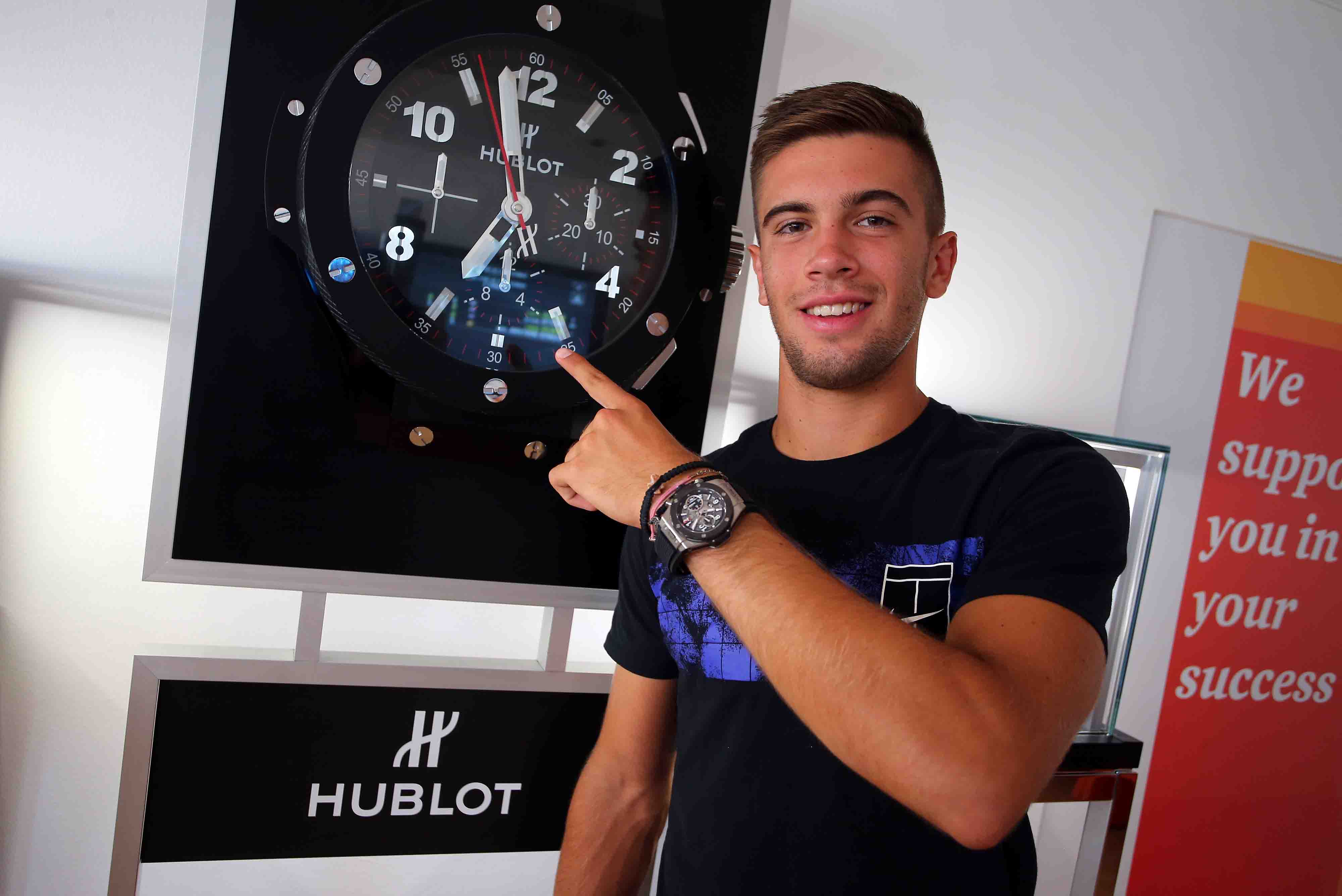 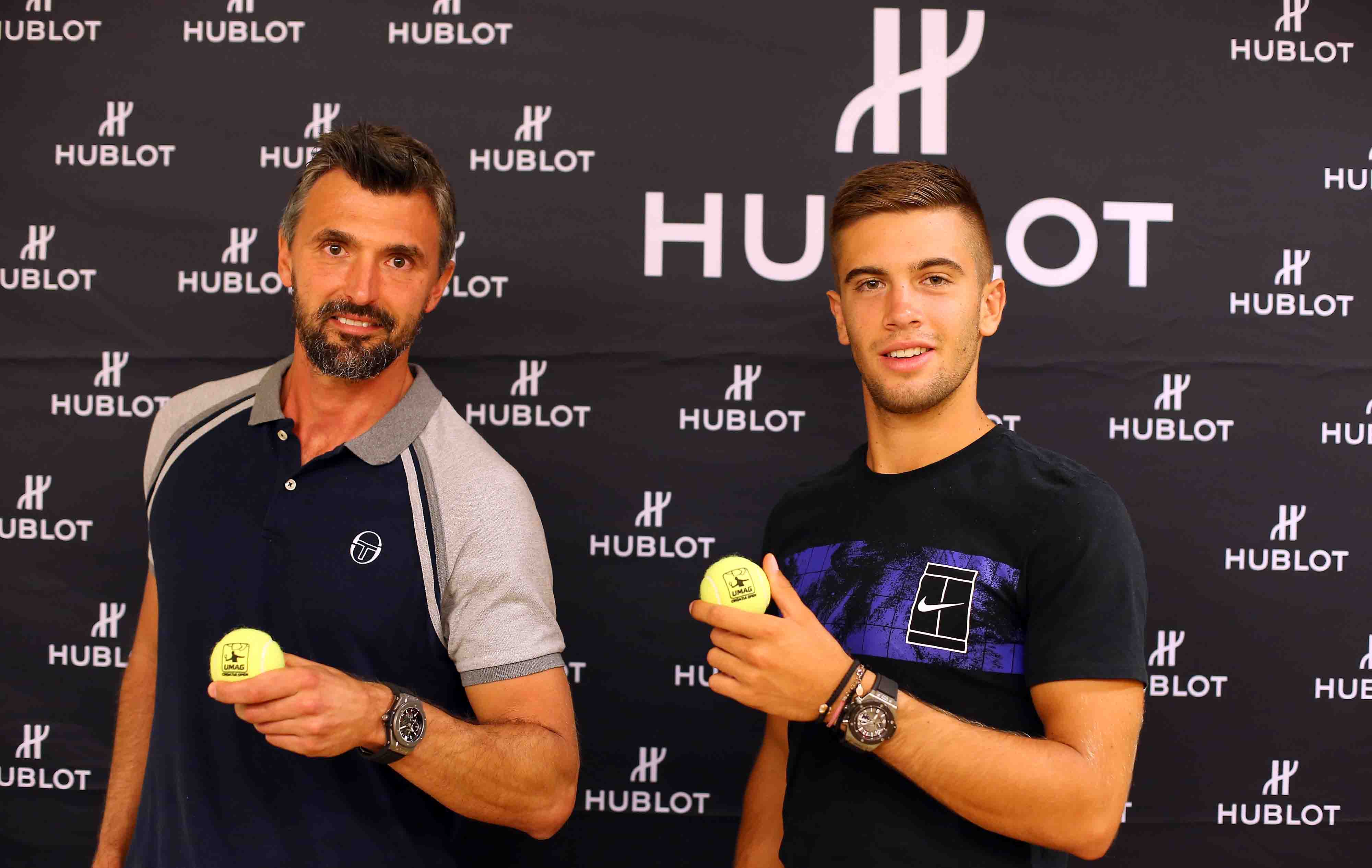 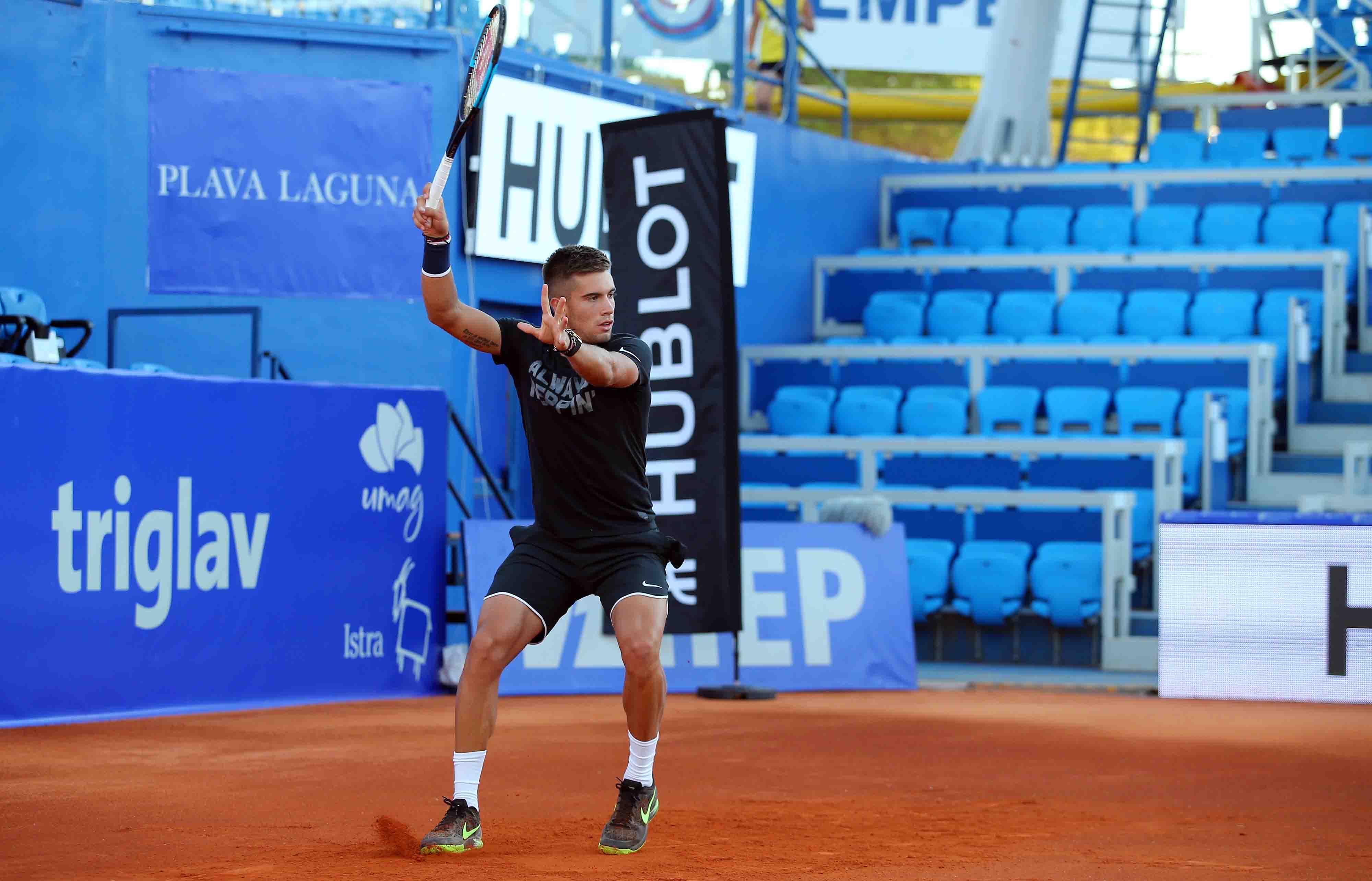 Stadion Stella Maris, Croatia, July 17, 2017 – On the Stadium Central Court and on the fringe of ATP World Tour 27th UMAG tennis tournament, Hublot hosted a memorable meet and greet between Croatian tennis legend Goran Ivanišević, and young tennis star and Hublot Ambassador Borna Ćorić with privileged young fans who had the chance to play with their idols.

On the banks of the Adriatic Sea and located in ITC Stella Maris complex, the Center Court was named after Croatian Tennis Legend Goran Ivanišević, who reached the final of the first UMAG tournament back in 1990 at only 19. With a capacity of 3,500 seats, the Center Court has been the theater of memorable matches and hosted legendary players like Gustavo Kuerten, Carlos Moya (5-time winner) and Novak Djokovic.

Arriving together on the Central Court, Borna Ćorić and Goran Ivanišević joined some privileged guests for a special encounter presented by famous and successful radio presenter Antonija Mandić.

Very popular in his motherland, Goran Ivanišević was born in Split, Croatia. He turned professional in 1988 and quickly became known on the tour for his strong, attacking style of play and for an extremely powerful serve. Goran Ivanišević reached Wimbledon singles final both in 1992 and 1994 and ranked World #2, his career-high singles ranking, at the end of 1994. In 1998, he reached his third Wimbledon final. Playing his 4th Wimbledon final in 2001 against Pat Rafter, he won his 1st Grand Slam title at the age of 30. On 10 July 2001, he received a hero’s welcome in his home city of Split where a crowd of over 150,000 people greeted him to celebrate his victory.

Borna Ćorić was born in Zagreb in 1996 and debuted on the professional tour in 2013. In July 2015, he reached his best singles ranking of world #33. He is often described as one of the most talented young tennis players currently active. Borna became a Hublot Ambassador in April 2015, a brand with which he shares a sense of excellence, passion and generosity which led him, along with Goran Ivanišević, to meet VIPs yesterday during UMAG Tournament.

Among the happy few, children, supported by their enthusiastic parents, were lucky enough to play with Goran Ivanišević and Borna Ćorić in a warm and family atmosphere on the red clay of the Central Court. Both players draw the lucky winner of 4 tickets for the UMAG Tournament Final next Sunday at which the young fans hope to see Borna Ćorić win.