An association celebrated by the launch of a special watch! 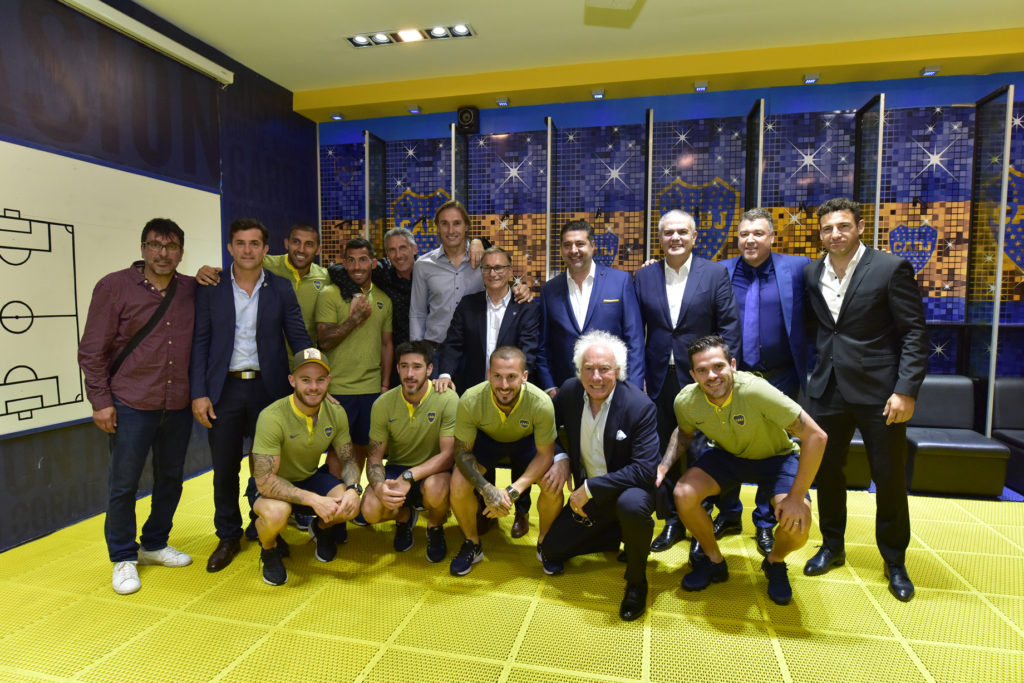 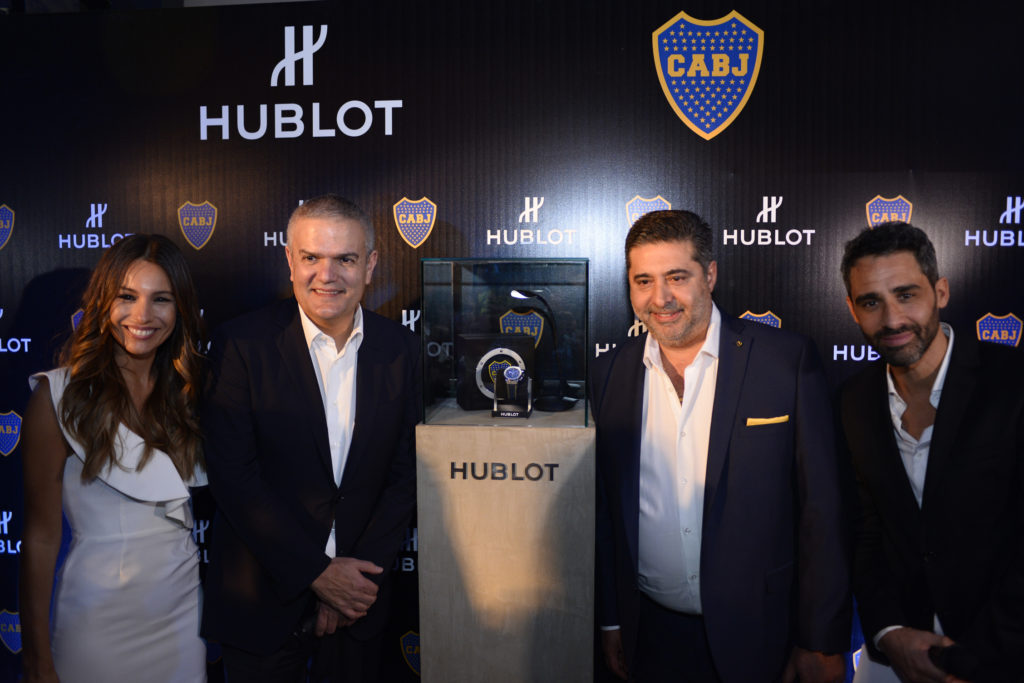 “Hublot which is the first luxury brand to enter the football universe fused its values with those of Boca Juniors, such as its ability to get inspired, innovate and to be dynamic, is very proud to partner with this famous club from Latin America. We wish all the best to the team for the next season”.

In 2006, Hublot became the first Luxury brand to commit to football. Exactly 101 years before that, the “Boca Juniors” as they’ve been known since, founded their club in the working-class district of La Boca, in Buenos Aires. The club today is a legend that never left Argentina’s first division.

Hublot is now becoming the watch partner of the Club Atlético Boca Juniors as its Official Timekeeper, Official Watch and Official Sponsor. A union resulting in the launch of an exclusive watch: the Hublot Classic Fusion Chronograph Boca Juniors. This exclusive version of the Classic Fusion chronograph sports the colors of the Boca Juniors: blue and yellow! The logo is visible on the dial and the crystal of the back cover that opens onto the automatic movement. The strap, which is also blue, is finished with yellow double stitching. 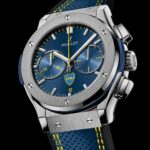 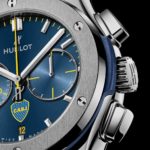 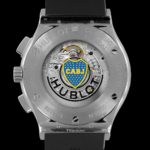 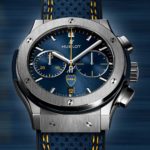 A little detail takes on great significance: when the date aperture displays the twelfth day of the month, the number is not white on a black base like the other 30; it is yellow. This is a nod to the club’s “12th player”: its fans! A very strong symbol. Produced as a limited edition of 50 pieces, this is the perfect watch for the wrist of football fans who breathe, live and bleed blue and gold.

“Partnering and being chosen by such a brand like Hublot is for us an achievement and a great pride. This partnership represents the fusion between the art of watchmaking and the precision of football”.

November 2018 could not be better timing for this limited edition launch date as Boca Juniors sets up a historic Superclasico Copa Libertadores final, South America’s most important soccer club tournament. The watch series was launched at the Alberto J. Armando stadium in Buenos Aires, known for its name “La Bombonera”, the home of Boca Juniors Club Atletico. Argentina’s television personalities Pampita (Ana Carolina Ardohain) and Pollo Alvarez welcomed guests for a unique presentation. The launch of the Classic Fusion Chornograph Boca Juniors happened on the football pitch as guests watched from the new HUBLOT VIP space and presidential box (Palco presidential) of the stadium. Hublot’s CEO, Mr. Ricardo Guadalupe, first held a speech next to Boca Junior president Mr. Daniel Angelici and Boca General Secretary Mr. Christian Gribaudo, along with select Boca players who then announced the countdown to the reveal of the watch. Special guests included Guillermo Coppola and football legends Rolando Schiavi and Coco Basile who also joined for the grand opening of the Hublot VIP and the Palco Presidencial (presidential box), an exclusive area of the second-floor center field of the stadium that has been personalized with Hublot’s branding and DNA in celebration of this unique partnership that continues Hublot’s special mark in the world of football.

The Alberto J. Armando Stadium in Buenos Aires has become a prominent space in the history of this Club, and the election of it to seal this alliance not only represents the DNA of the brand but also its genuine interest in the world of football. In this way, Hublot becomes part of the Boca Juniors Club family and the club is now part of the Hublot family. The limited edition of the Classic Fusion Boca Juniors reminds us all that this team is a symbol of success and loyalty. Surely this is only the beginning of a stage where to share parties and unique moments in this stadium leading to the creation of new stories between the brand and the Club.