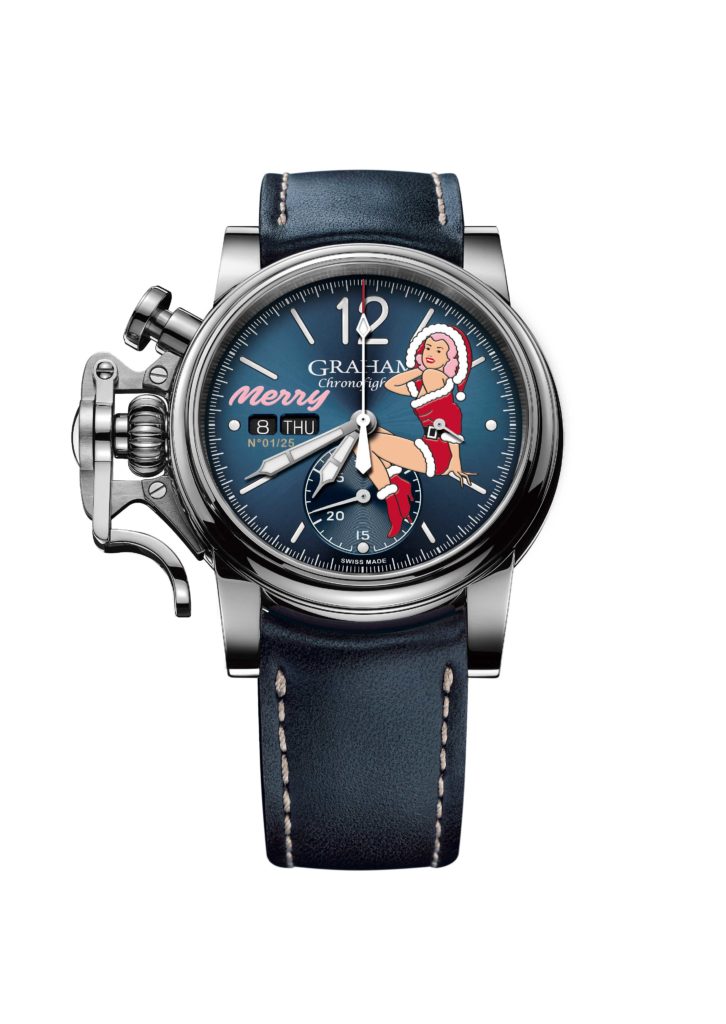 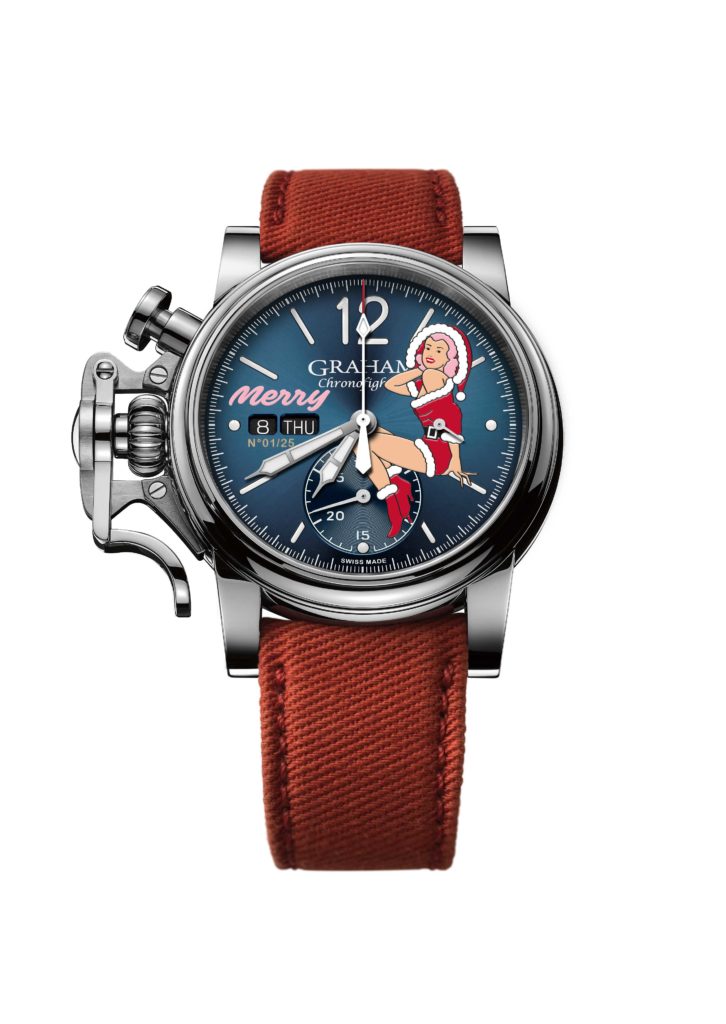 Assuming they’ve been good and not naughty, 25 lucky individuals around the world can celebrate in style with a Graham Chronofighter sporting a Merry pin-up. This limited edition Swiss made timepiece magics a glamorous “Santa Babe” from the wish list to the wrist, from morning till night. Meticulously hand-painted on the dial, Merry ignites festive spirit with 1940s nostalgia and top-of-the-tree horological craftsmanship.

This Chronofighter Vintage Nose Art festive special is powered by an automatic chronograph G1747 movement, visible through a see-through case back. A day-date window at nine o’clock is ready to handle any sort of calendar countdown. And why exclude watches from dressing up to the nines? Each piece comes with a hand-sewn blue calf-leather strap, along with a red canvas alternative that will harmonise perfectly with any Santa outfit. What more could a guy wish for? 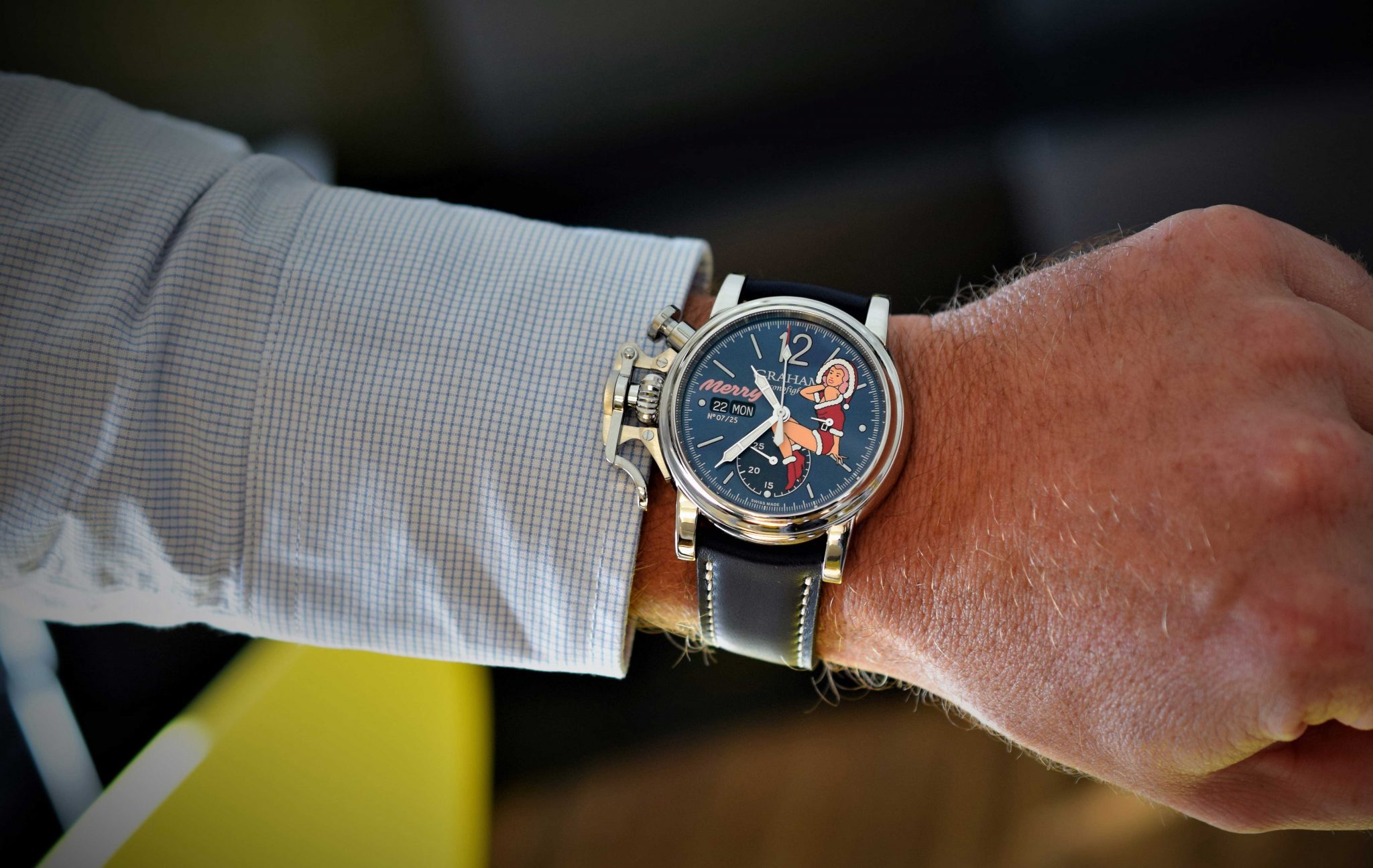 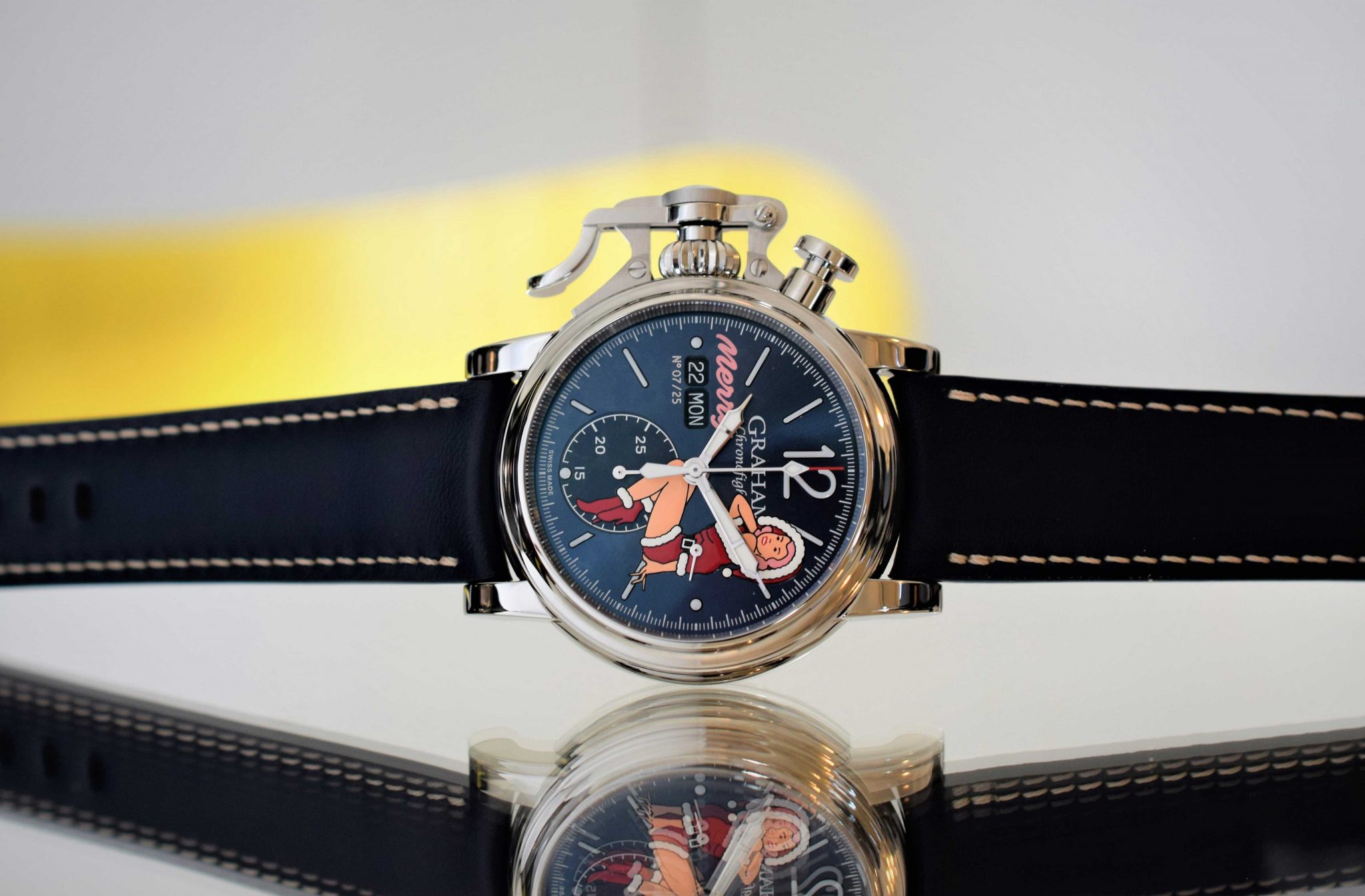 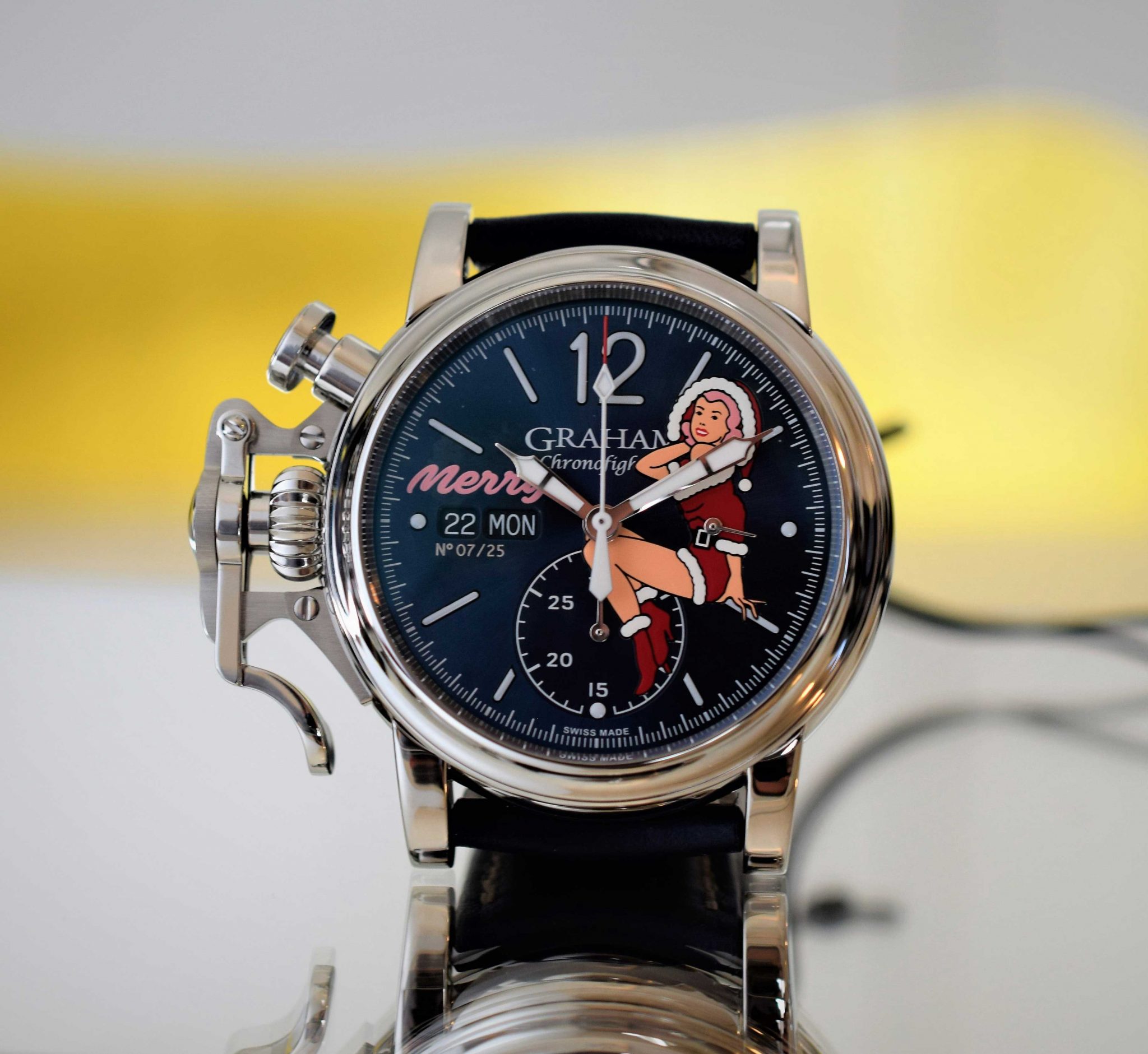 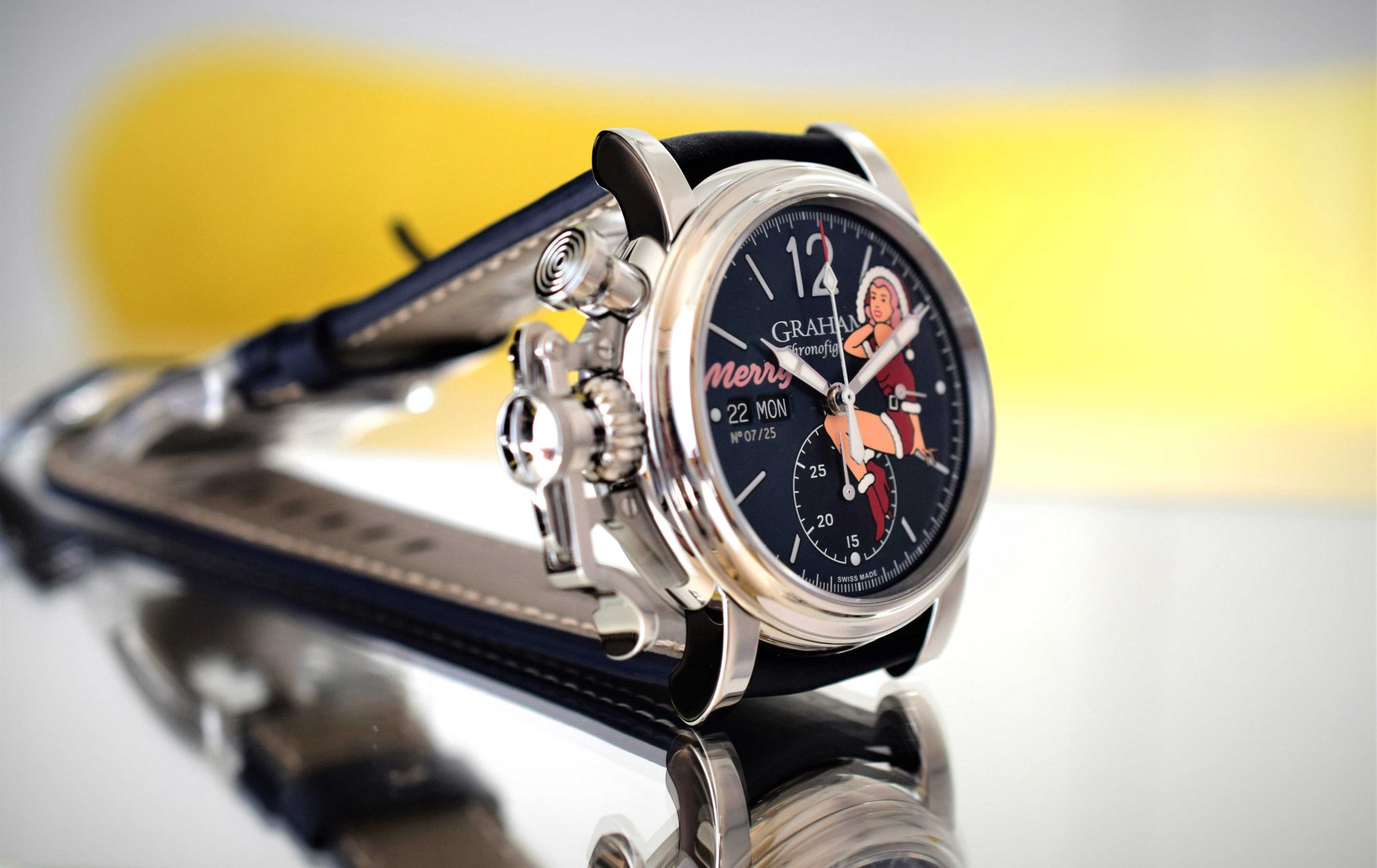 GRAHAM traces its origins to London clockmaker George Graham (1673-1751) who is considered as the father of modern watch making. He is known as the father of the chronograph as he invented the start and stop device of the chronograph, the dead-beat and cylinder escapements, to name a few. He also built the master clock for Greenwich Royal Observatory which timed the majority of the achievements by the 18th century astronomers and sailors and many measuring instruments for scientists. GRAHAM SA was created in 1995 and develops outstanding and atypical watches in La Chaux-de-Fonds, Switzerland.