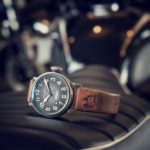 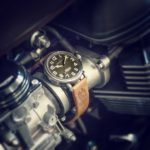 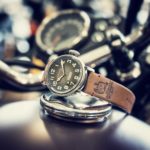 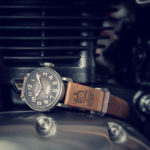 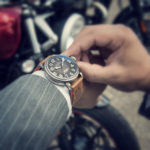 Le Locle – August 7th 2017 – This event is gaining unprecedented traction in the Vintage Biking world: on Sunday September 24th 2017, in 600 cities spread across 95 countries around the world, more than 70,000 gentlefolk will meet up on the same day aboard their motorbikes to support research on prostate cancer and men’s mental health on behalf of the Movember Foundation.

What do they all have in common? Belonging to an array of vintage bikes, café racers, bobbers, scramblers and other exceptional customised models that will be taking part in chic and festive parades thrumming along roads and cobblestones.

The goal? To raise funds. An operation on behalf of the Movember Foundation in its bid to finance prostate cancer and men’s mental health programs – the aim being to pass the USD 5 million mark this year (having already raised more than USD 8M since it was created by the Australian Mark Hawwa).

Among the celebrities who will be taking part in the 2017 edition, American actor Eric C.Olsen (from the NCIS LA series), Australian actor Jai Courtney, as well as fashion blogger Mariano Di Vaio (DGR Milan) have already confirmed they will be participating with their motorbike.

Elegance and generosity: Zenith is proud and happy to be supporting this global charity event for the second year running. To mark this gathering and in tribute to the generous donors, the Swiss watch Manufacture will produce six very special numbered Pilot Ton-Up watches, each bearing the inscription DGR 2017, celebrating timeless design and ageless mechanics for a good cause. Five are intended as gifts to the main donors, while a special “Number 0” model will be auctioned on behalf of the Movember Foundation by The Rake magazine and its Founder and President Wei Koh at an exceptional gala evening in Milan.