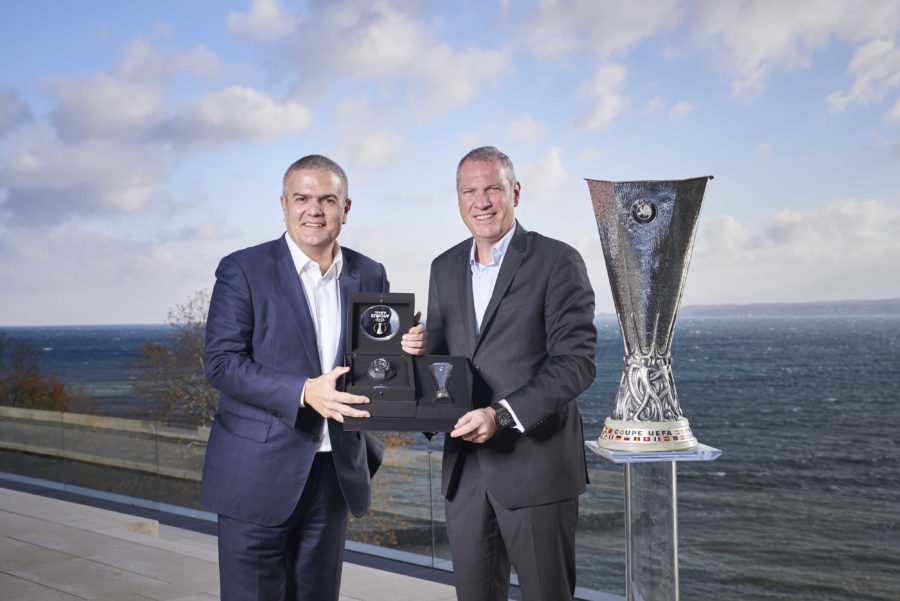 Since 2015 Hublot has been part of the excitement as the Official Licensed Watch of the UEFA Europa League. Now Hublot presents its first watch in the UEFA Europa League colours at UEFA’s headquarters. This competition is considered as one of the most prestigious in the world. Since 2015 the winner automatically qualifies for the UEFA Champions League, making it a springboard for clubs.

Hublot first partnered with ‘Nati’ (the Swiss national football team) in 2006. This marked the beginning of a 10-year relationship between Hublot and the most prestigious clubs, star coaches, talented players as well as the most prominent competitions – the FIFA World Cup, UEFA Champions League and UEFA Europa League.

Hublot brought together the footballing world at the UEFA headquarters in Nyon. Alongside Guy-Laurent Epstein, Marketing Director of UEFA, Ricardo Guadalupe, CEO of Hublot, unveiled the first official licensed watch of the UEFA Europa League – a Classic Fusion Chronograph UEFA Europa League. A thrilling competition, rich in history, that unites players and fans as they proudly represent their clubs across Europe, as they both strive together for European glory.Last year, Manchester United FC won its entrance ticket to the UEFA Champions League under the impetus of none other than José Mourinho—a Hublot ambassador. 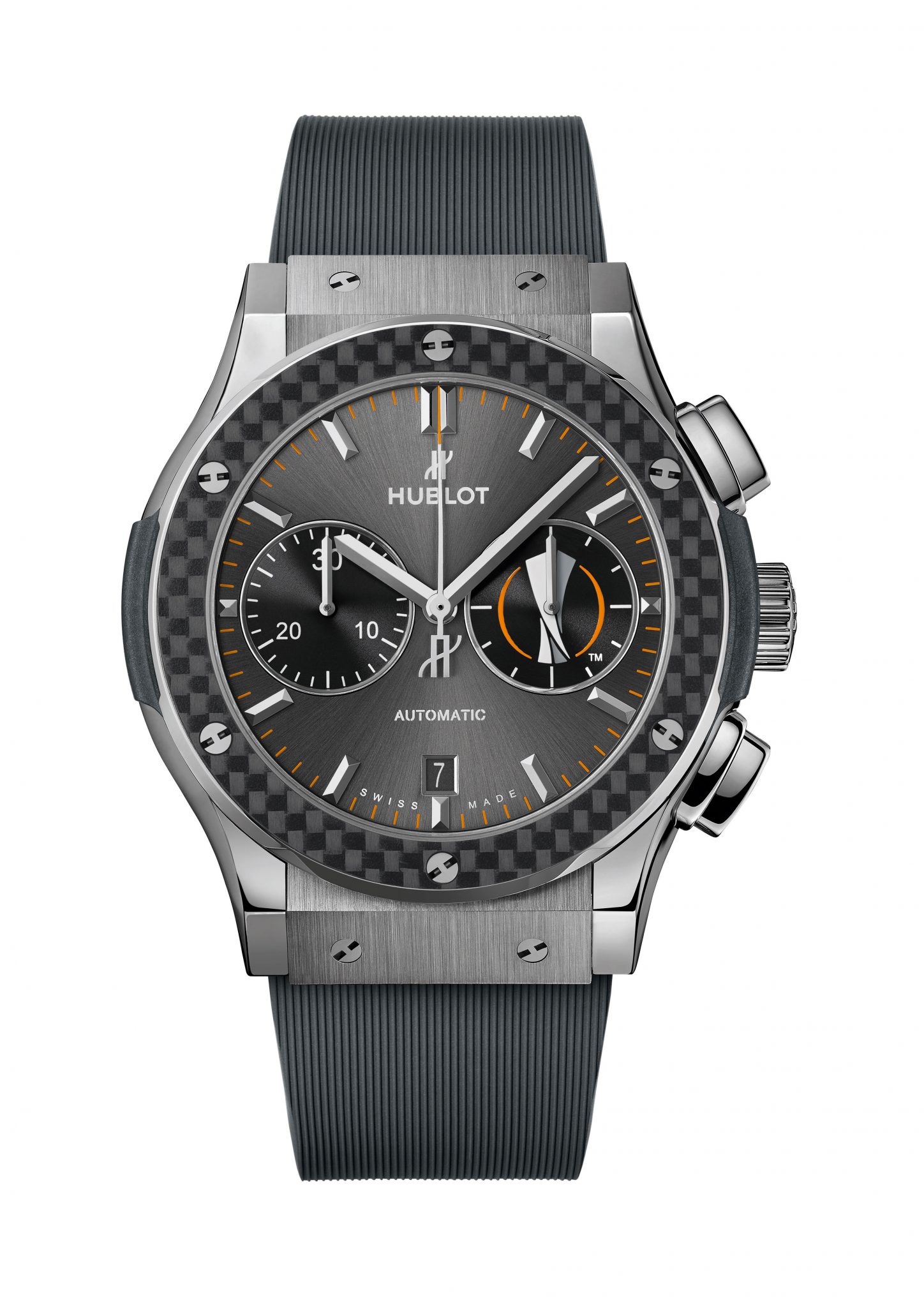 Hublot has been the Official Licensed Watch of the UEFA Europa League since 2015 and now presents its first watch in the competition’s signature colours. The Classic Fusion Chronograph UEFA Europa League, produced in a limited edition of 100 pieces, has a HUB1143 self-winding chronograph movement. Clad in shades of titanium grey, it mimics the sparkle and reflections of the silver trophy. Punctuated with orange—a symbol of strength and endurance—it evokes the golden hues that are found in the interior of the cup. Its 45-mm case displays the design of the trophy on the seconds counter at 3 o’clock. Enhanced with a carbon-fiber bezel, it sports a grey natural rubber strap.