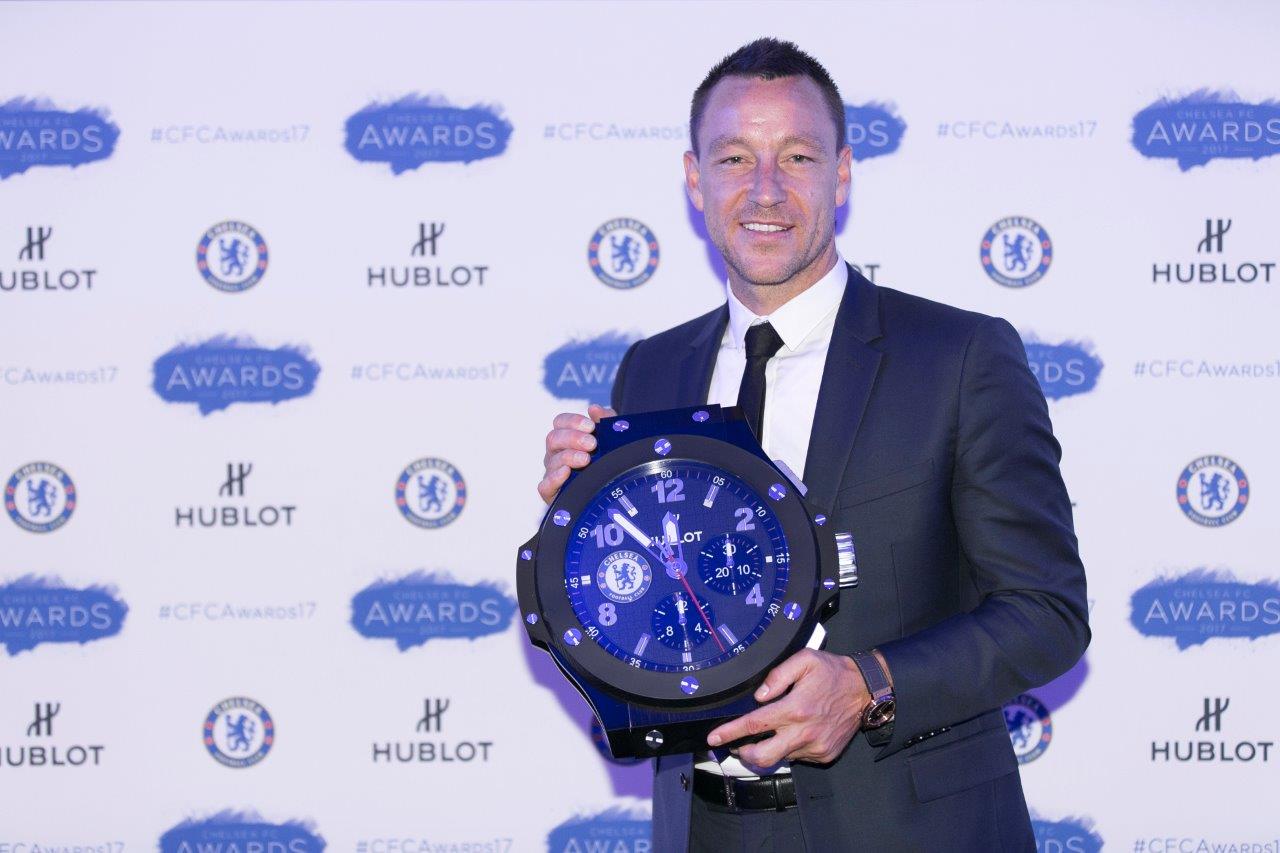 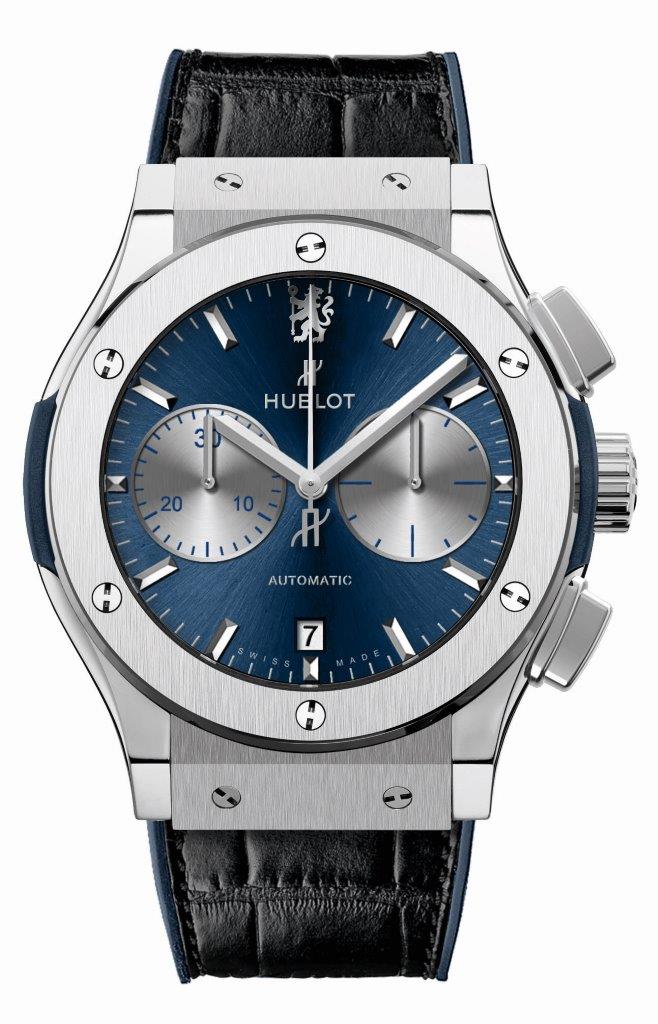 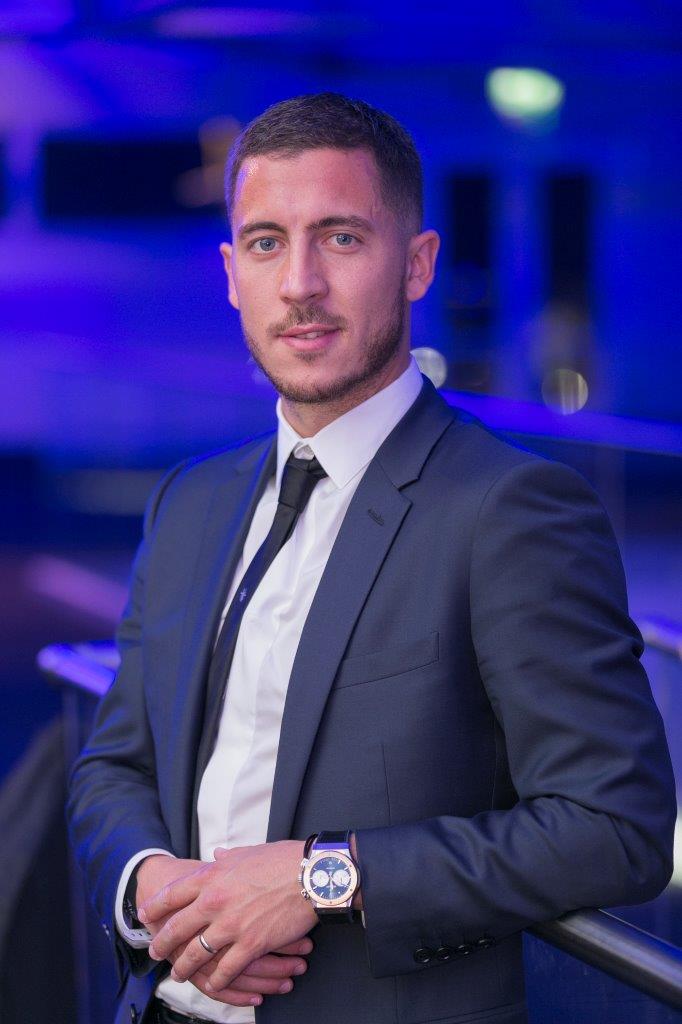 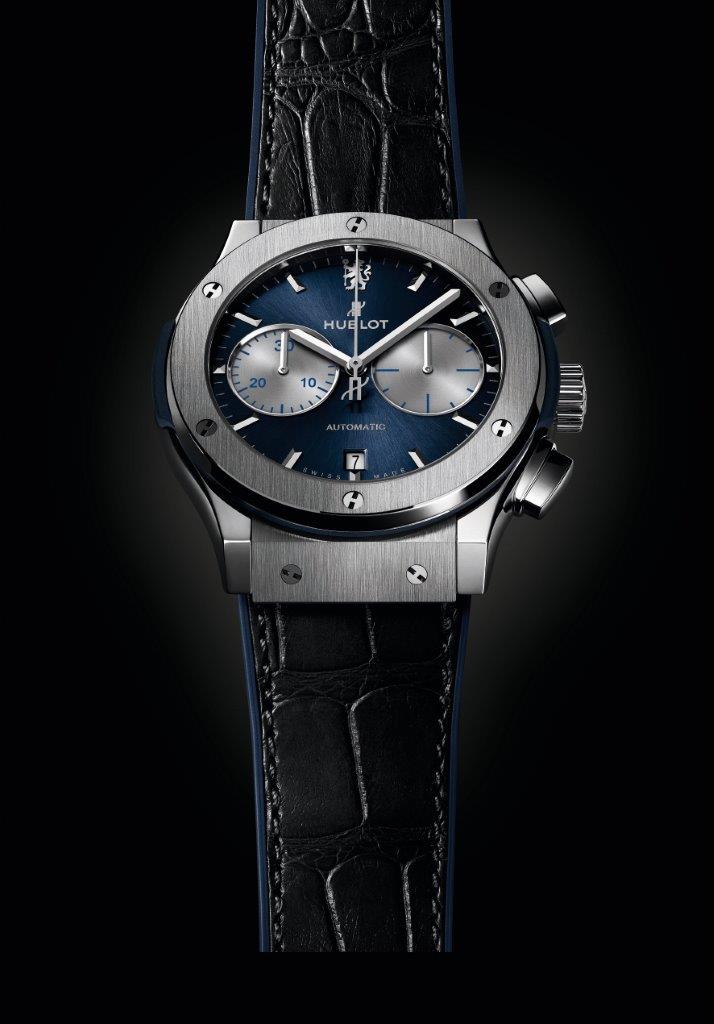 Having dominated English football this season, Antonio Conte’s side are proud holders of a host of titles. The Blues have recently made history. Chelsea have just won their sixth English league title.
At the close of the season, the 51st edition of the Chelsea FC « PLAYER OF THE YEAR AWARDS » 2017 was the perfect opportunity to celebrate this victory as a family. Every year at this time, the Blues unite their players, staff and fans at a gala dinner. The highlight of the evening was the “Player of the Year Award” which, as expected, went to Eden Hazard, who has enjoyed a stunning 2016/17 season. Eden also won the Goal of the Year. On this occasion, a Classic Fusion Chelsea FC was offered to the Player of the Year.

The event also saw tribute paid to John Terry, the club captain who now departs after 22 years of service. Since making his debut in 1998, he has played more than 700 matches for the Blues, captaining them to every major domestic and European honor. The Hublot Classic Fusion Chronograph is the first watch made in partnership between Hublot and Chelsea, and will be limited to just 200 exclusive timepieces. It features a 45 mm satin-finished and polished titanium case and bezel, and is powered by a calibre HUB1143, an automatic chronograph movement that provides the watch with twin counters at 3 and 9 o’clock, a date window at 6 o’clock and a 42-hour power reserve. The decorated movement can be admired through the watch’s sapphire crystal case back. The Chelsea lion logo is featured at 12 o’clock, and also on the crystal case back, bringing it as close as possible to the heart of the wearer as it literally touches their pulse. Hublot and Chelsea have been a team since 2015. Together they have recorded victories and celebrated feats. Football and the measurement of time, making history together.

Chelsea FC is one of the biggest football clubs in the world. Champions in 2014 and 2015, Chelsea won the UEFA Champions League in 2012 and the UEFA Europa League in 2013. Founded in 1905, Chelsea is the most central of London’s clubs. The team plays at the iconic Stamford Bridge ground. The Blues have won the English Premier League six times. Their achievements also include 7 FA Cup titles, 5 League Cup titles, 2 UEFA Cup titles, 1 UEFA Super Cup title and a Football League Championship title in 1955. Chelsea’s victory in the UEFA Europa League makes them the first English club to win the three major UEFA competitions and the first club ever to simultaneously hold the Champions League and Europa League titles. As well as a team of charismatic players, Chelsea has as its manager Antonio Conte, one of the most highly respected figures in international football.