VIP guests were invited to join Ricardo Guadalupe and Carlos Cruz-Diez for an intimate cocktail event at the Espace Expression Gallery in Miami’s Design District. During the reception, Hublot unveiled the limited edition Classic Fusion Cruz-Diez timepieces to attending guests – previously launched exclusively in Venezuela – which marked the first time the pieces have been seen abroad. It is through this partnership that Hublot continues to fuse the worlds of watchmaking, art, color and movement.

His artistic career is remarkable. The Franco-Venezuelan artist Carlos Cruz-Diez is one of the leading figures and key representatives of kinetic-optic art, the artistic movement which calls for “an awareness of the instability of reality” by placing movement and space at the heart of its works. His artistic approach has led to him being regarded as one of the great color theorists of the 20th century. His research has helped create a new way of understanding the phenomenon of color, expanding its perceptual universe. In his works, colors are perpetually being formed and broken down before our eyes, suggesting that color is not an established truth, but rather an unstable reality which is continually changing in time and space.

Hublot invited Carlos Cruz-Diez to adapt one of his works — Chromointerférence (1964) — to three of its timepieces. Juxtaposed colored lines have been printed on the dials. Superimposed over these fixed designs is a mobile black frame which moves every minute, generating new ranges of colors which do not exist on the support, and changing the perception of the previous ranges. This allows the dials to offer a harmonious show of different colors over a 12-hour period. The cycle then begins again. 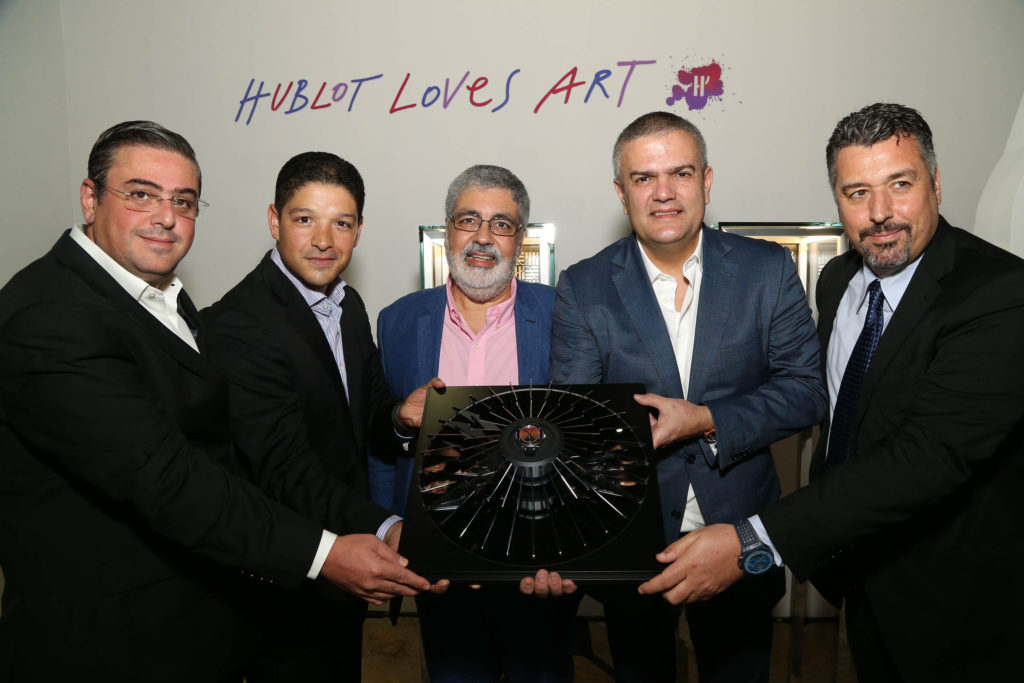